One Man’s Search for One-Man Show Ends With Whitman

When he saw Jeffrey Hyatt portraying Henry David Thoreau a year ago last September at the Concord Center for the Performing Arts, actor Stephen Collins knew he wanted to do a one-man show of his own.

“I thought, I’m from Concord, he’s doing Thoreau, so it would make sense for me to do Emerson,” Collins said.

After spending three months delving into Ralph Waldo Emerson’s life, however, Collins changed his mind. “Although he was a wonderful figure, he was staid and close to the vest,” Collins said. “I wasn’t sure I could translate him into something I could do for 90 minutes on stage.”

Instead, Collins took a suggestion from a client in his massage therapy business and turned to poet Walt Whitman. It was a perfect match.

Collins loved the dramatic nature of Whitman’s writings, which include a well-known collection of verses, “Leaves of Grass.” And at 6 feet 4 inches tall, Collins also bears a physical resemblance to the dynamic poet.

He teamed up with Michael Keamy, a Whitman aficionado who had recently directed him in a play, to create “An Evening With Walt Whitman.” The 80-minute performance features samplings of Whitman’s poetry and selections from a multivolume set of interviews with Whitman.

Collins will perform the show Friday and Saturday at 8 p.m.’ and at 3 p.m. next Sunday at the Hancock Church on Lexington’s Battle Green.

Stephen Collins of Concord will be performing his one-man show, “An Evening With Walt Whitman,” next weekend at the Hancock Church In Lexington.

Collins also will be staging an altered version of the on Jan. 28 at a retirement home in Lexington, and hopes eventually to bring it to area schools.

“The 44-year-old has been performing Shakespeare and other roles in Boston-area theaters for 25 years, and teaches a Shakespeare acting class with the Concord Youth Theater. He is also well-known as a massage therapist who works at senior centers in Andover, Bedford, Concord and Lexington.

Tickets for “An Evening With Walt Whitman” will be available at the door for $10, with a special $5 rate for students and seniors. 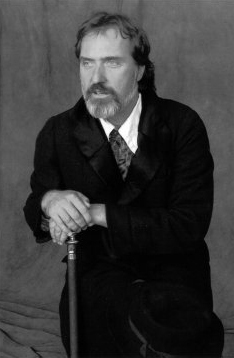